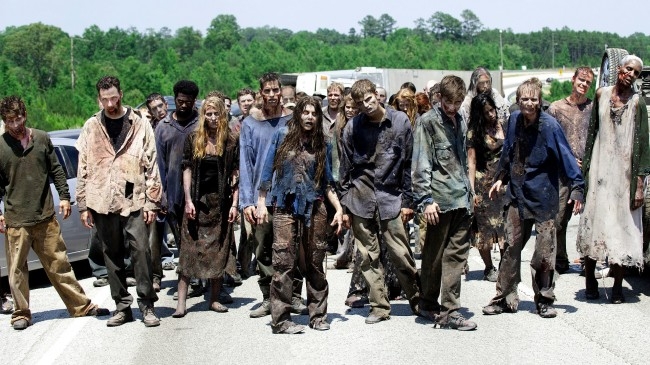 16 sep 2013 11:35
Tags: awesome   cool   creative   intense   interesting   popular   review   shows   symbolism   trending   tv
1105
1
AMC, which cancelled The Killing last week, is losing Breaking Bad at the end of this month, and Mad Men next year, and still hasn’t found a viable replacement for either series (Low Winter Sun, sure as hell isn’t it), looks to be doing for The Walking Dead what the Saul Goodman spin-off is doing for Breaking Bad, which is to say: If you can’t succeed with new properties, just spin off the old.
Indeed, AMC announced today that it is in the early stages of developing a spin-off to The Walking Dead, set for 2015.

Details are scarce. Here’s what AMC had to say, according to TVLine.
“Building on the success of the most popular show on television for adults 18-49 is literally a no-brainer,” said AMC prez Charlie Collier in a statement. “We look forward to working with Robert, Gale and Dave again as we develop an entirely new story and cast of characters. It’s a big world and we can’t wait to give fans another unforgettable view of the zombie apocalypse.”
I wouldn’t call it a “no brainer,” since you’ll be diluting the power of the strongest series on the network, but for financial reasons, I see what they mean.
Series creator Robert Kirkman added this:
“After 10 years of writing the comic book series and being so close to the debut of our fourth, and in my opinion, best season of the TV series, I couldn’t be more thrilled about getting the chance to create a new corner of The Walking Dead universe. The opportunity to make a show that isn’t tethered by the events of the comic book, and is truly a blank page, has set my creativity racing.”
We’ll bring you more details when they’re announced.