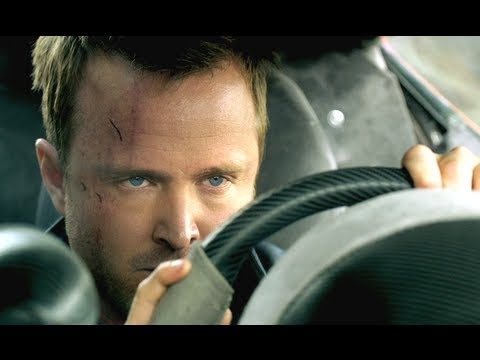 ‘Need for Speed,’ based on the popular car-racing video game, sees Paul trade in Jesse Pinkman for blue-collar mechanic Tobey Marshall. Per the official synopsis:
Framed for a crime he didn’t commit, muscle car mechanic and street racer Tobey gets out of prison determined to settle the score with the man responsible for his false conviction. Tobey tears up the road in a gritty cross-country journey— one that begins as a mission for revenge, but proves to be one of redemption.
Dominic Cooper (‘Dead Man Down‘) plays the man responsible for his imprisonment, a wealthy ex-NASCAR driver named Dino Brewster. Tobey partnered up with him as a means to save his failing garage, but the relationship went sour after an unsanctioned car race turned disastrous.
No matter how you feel about seeing this video game brought to the big screen, ‘Fast and Furious’ has proven there’s an audience for this by becoming one of Universal Pictures’ more profitable brands, and now DreamWorks seems hellbent on tagging into this market. Plus, it already has Paul’s ‘Breaking Bad’ fanbase clamoring for tickets.
‘Need for Speed’ also stars Ramon Rodriguez, Rami Malek, Imogen Poots, Dakota Johnson and Scott “Kid Cudi” Mescudi, and is set for release in spring of 2014.