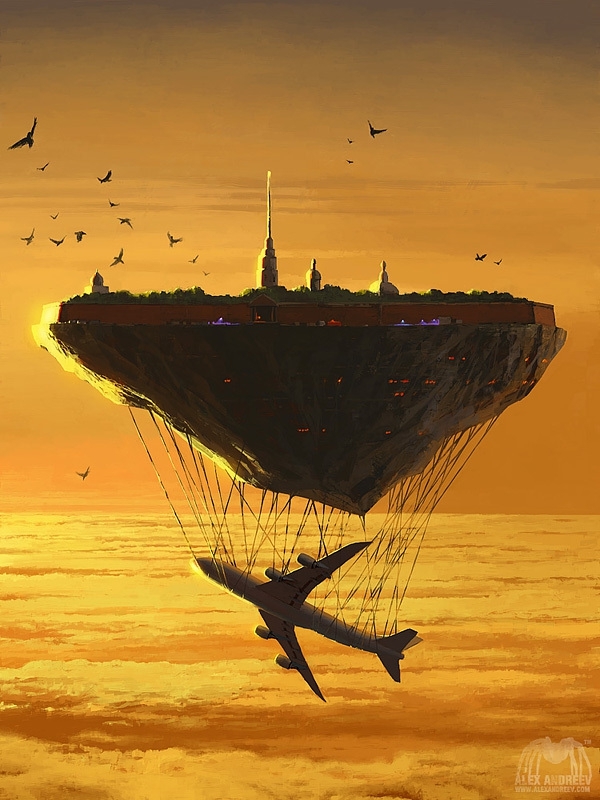 St. Petersburg-based digital artist Alex Andreev recently unveiled the 9th installment of his ongoing series titled A Separate Reality. The collection features remarkably surreal illustrations of an alternate universe where skateboarders are guided by flying stingrays, masses of land float in the sky, and there's little difference between an enormous airplane and a monstrous octopus. Each image is brimming with elements from real-life placed in unconventional compositions, making them seem like weird yet wonderful dreams. Andreev's imaginative works borrow just as much from his own creative dreams as they do from his childhood memories. By merging these two sources of creativity, both conscious and subconscious, the artist produces entirely unique scenes. There's a sense of enthusiasm for exotic environments that think way outside the box, awarding residents of Andreev's fictional settings the freedom of free falling and diving through the clouds without a worry in the world.