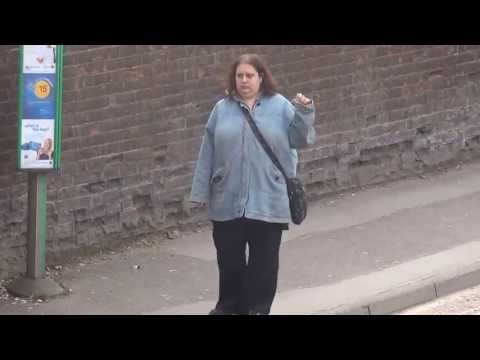 18 sep 2013 12:47
Tags: artistic   awesome   comedy   funny   funny-crazy-wtf-people   interesting   music   random   silly   weird
1538
1
What’s that saying about how you should dance like no one is watching? That credo certainly paid off for Ellie Cole.
The British woman, 35, was captured on video dancing while waiting at a bus stop by a café owner across the street. The video went viral and now she’s been rewarded with a role in a show at the country’s Point Theatre.
Although viewers watched her cutting a rug to Abba’s ‘Dancing Queen,’ Cole was actually dancing along to a song called ‘Knock Down’ by Alesha Dixon.
The hoopla has certainly caught her off-guard. She said, “I’m just a normal everyday person who happens to like dancing at bus stops.”
Cole had intended to study performing arts when she was younger, but she had to drop out of school due to money issues, so you know the offer to be in a show is one she appreciates. “It’s very flattering and humbling,” she says.
And, for the record, she’ll be appearing in the musical ‘Ah Men!’