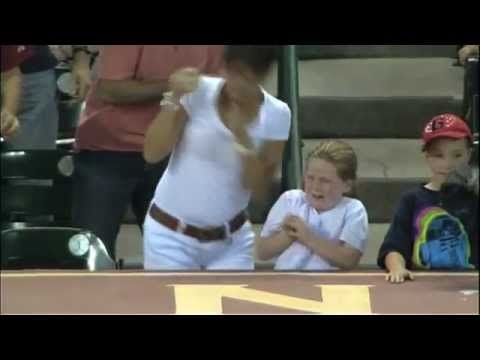 This video from a 2012 Astros game that’s only now making the Internet rounds captures a woman straight up ripping a ball from a little girl’s hands and then basking in the glory of her accomplishment while the girl walks away dejected. It’s awful.
There is a bright side here: the video can distract people from talking about how the 2013 Astros are putting the finishing touches on a 100-loss, last-place season. So, in addition to upgrading their players, maybe the Astros ought to consider upgrading their fans, too.