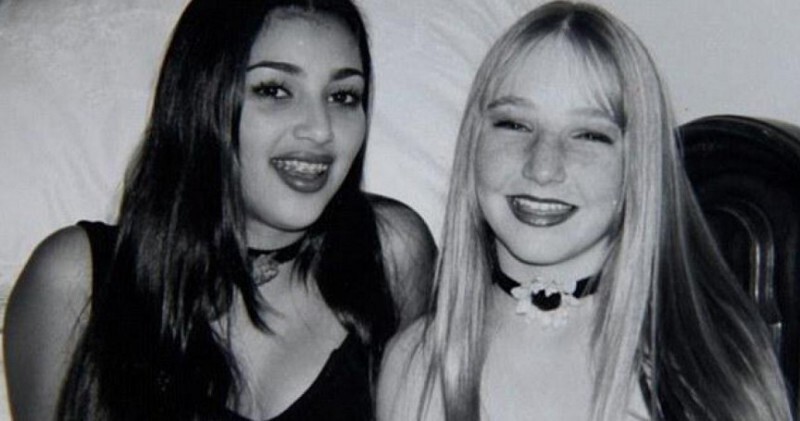 11 Shocking Photos Of The Kardashian Clan Before Fame

02 sep 2015 12:20
Tags: before   kardashian   photo
31
13
You know them, you hate them, but you also secretly love them – yes, obviously it’s the Kardashian family. It’s hard to look at a magazine or get on the Internet without seeing a photo of them. The media swarms around everything Kardashian-related and it’s no surprise – that family gives the media everything it wants. Take a look at the photos below to see some of the historic gems of the Kardashian Klan’s not-so-fabulous past. 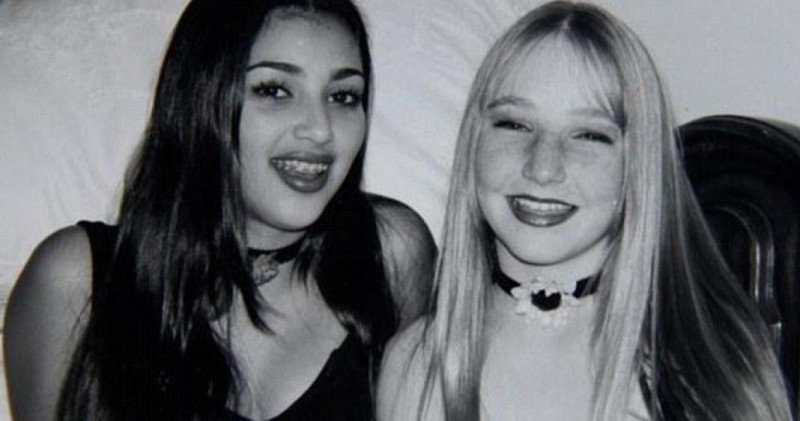 11. Kourtney Before She Had A Stylist 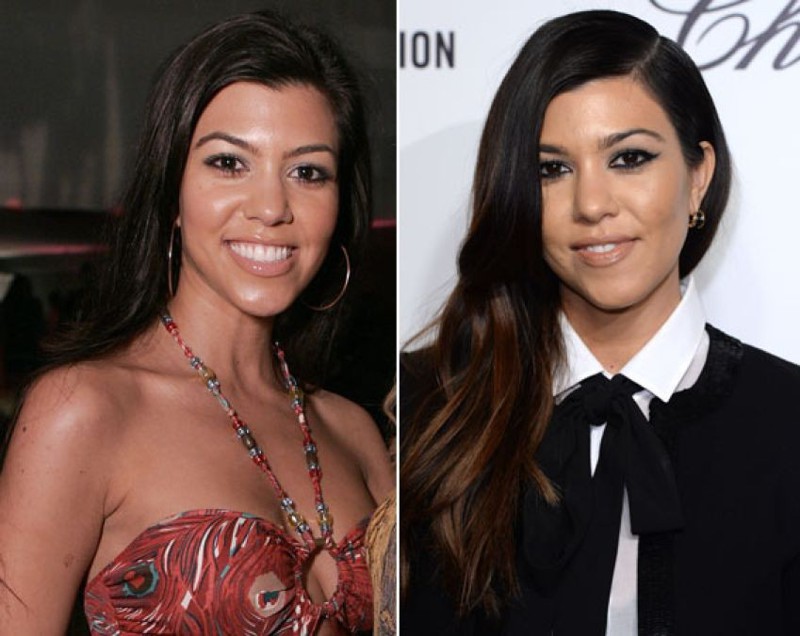 0
Kourtney is the one Kardashian who hasn’t really changed the shape of her face. Although, she didn’t dress too well in the past. At least she’s still recognizable from five years ago. Kourt has really upgraded her style to be one of the classiest sisters, even though she seems to be one of the most materialistic and vain from her appearances of Keeping Up with the Kardashians. Way to go Kourtney, we really hope you look the same for the next 10 years (especially now that Scott’s out of your way). 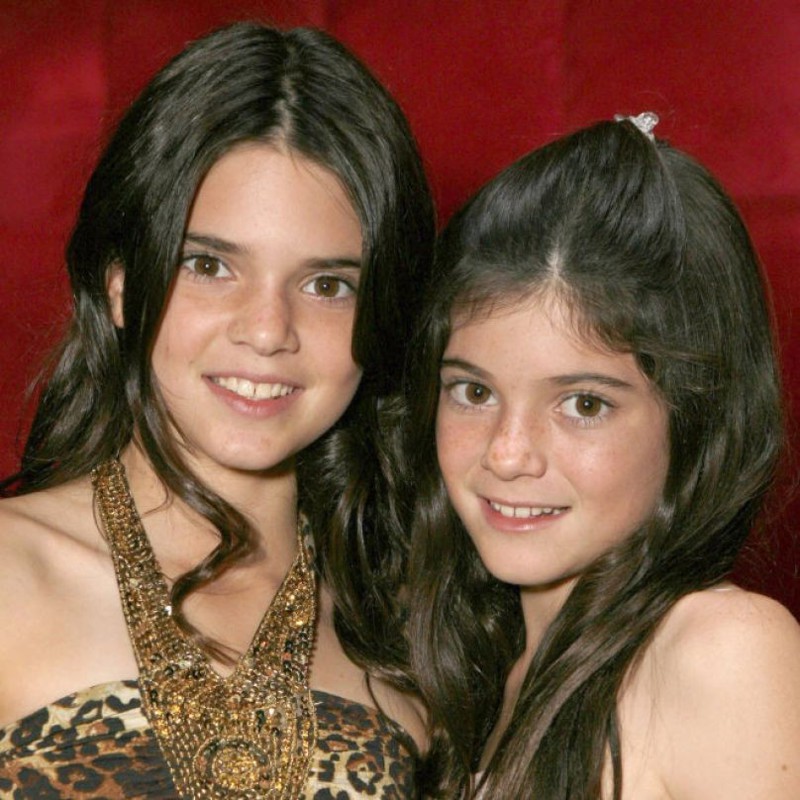 0
Who would’ve guessed that these girls would turn into the stunning women they are today? Probably just their plastic surgeon. If you didn’t know before, Kylie’s lips are obviously fake, as well as her hair, nails and contoured face.

If you haven’t seen the photo of Kylie and Kim’s faces put next to each other, you should Google it because they look absolutely IDENTICAL. Someone should have probably told them not to take the same photo to the plastic surgeon. Kylie really is a mini-Kim.

9. Kim K Before And While 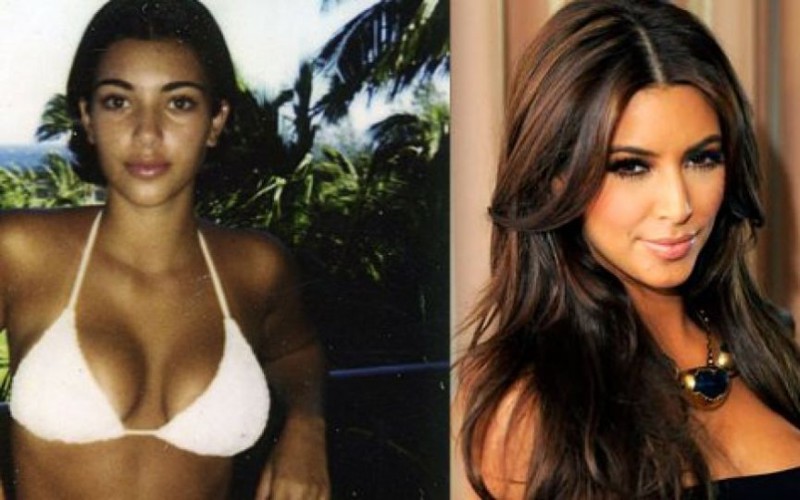 0
No one can escape those awkward teenage years- not even our famous Kim K. Even though this photo was taken pre-fame though (and pre-plastic surgery), we can agree she doesn’t look too bad. Her haircut is a little weird, but other than that she just looks like your average teenage girl, trying to fit in. Except, her grown up self hardly looks like a relation to that no make up, no plastic surgery photo; it’s a prime look at just how much the family has changed itself.

8. Kris Jenner Then And Now 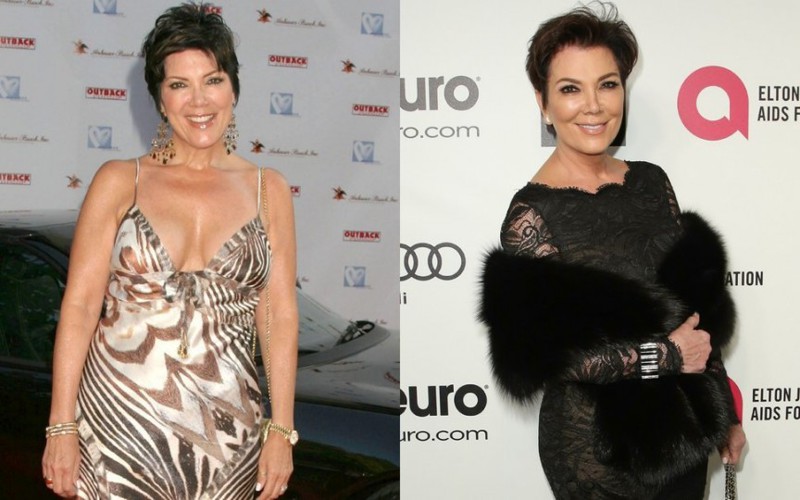 0
It’s nice to see that not everything about the Kardashians has changed drastically over the last few years. This picture is really only remotely interesting because these photos were taken about 10 years apart… and Kris Jenner does not look like she’s aged one bit. These photos could’ve easily been taken yesterday since the momager of the Kardashian/Jenner clan still looks just like this. We can all only hope to find a plastic surgeon as good as hers once we get older. We can all agree that her Botox is on point. 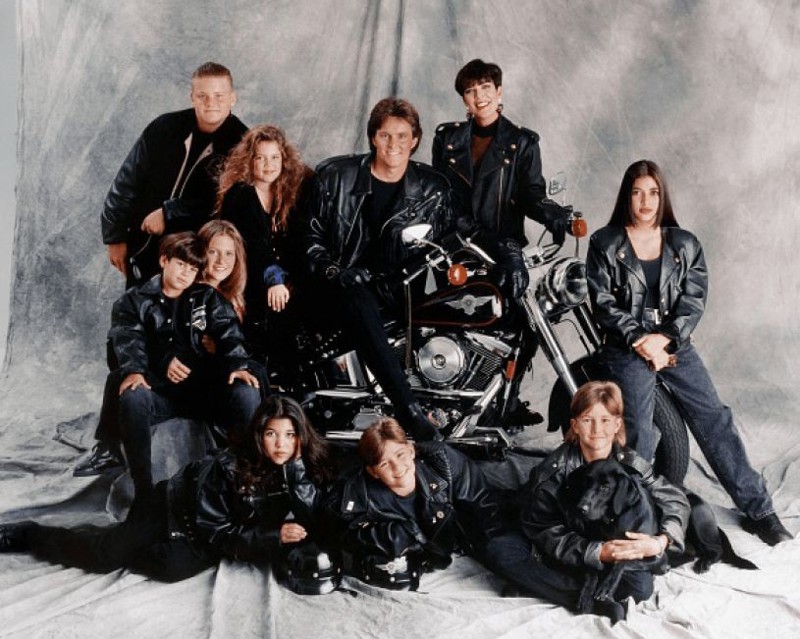 0
Such an edgy family photo, but their famed Christmas cards always bring a good chuckle. This one is a throwback all the way to 1993 of the Kardashians and older Jenners. Look at Kim there on the right, just kidding you probably don’t even recognize her. Look at baby Kourtney, she definitely looks like the younger version of herself today, and Khloe doesn’t look too far off either. Kris of course looks like herself today – honestly, at this point, her lack of aging has become quite remarkable. We’d really love to know her secret. 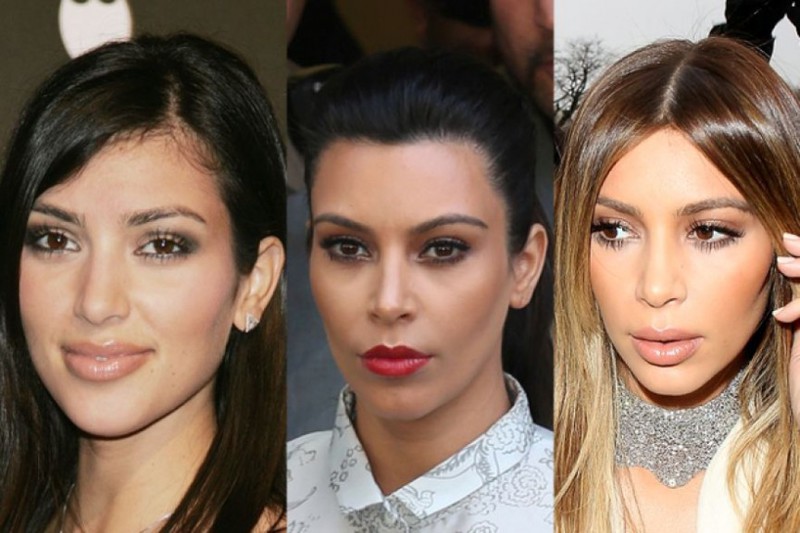 0
Her lips, her eyes, her nose, her cheeks, her chin, her eyebrows, her forehead. No, that’s not just a list of body parts (well, it is, but it serves a better purpose here); those are all the features that have changed on the lovely star’s face over time. Nearly every aspect of her natural face has been changed… and from the looks of it, has changed multiple times. I didn’t even realize plastic surgeons could change your eye shape, but I guess when you have millions of dollars, anything and everything is possible. At least her eye color stayed the same. 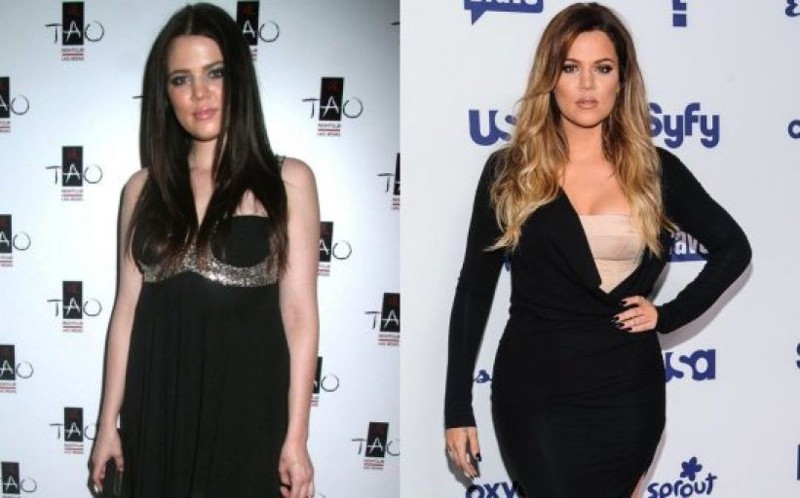 0
This one might make us chuckle a little. Clearly, Khlo Money got caught up in the limp hair and spaghetti strap phase of the 2000s (just like the rest of us). Although we must admit, it is kind of nice to see her slumming like a normal person, but we never seem to remember how they used to look. Thank goodness the internet is here to remind us of all their past glory and enable us to come across gems like this one. We wonder what Koko thinks of her look here.

4. Are These The Kardashians? 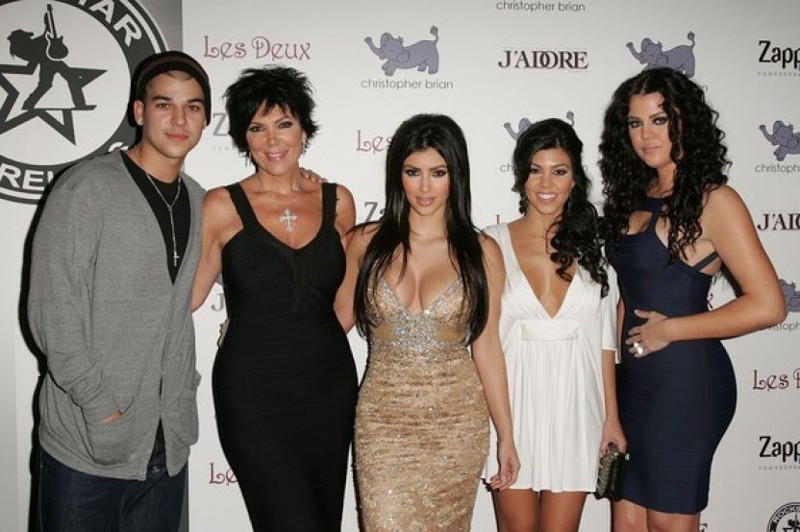 0
Kris and Khloe didn’t look too hot back in 2007 – mostly they just needed to fix their hair and wear better dresses, but still. This photo was taken at Kim’s birthday bash merely eight years ago and yet, the family still looks so different from today. This is the perfect testament to how badly you need a good hairdresser.

If you’re able to peel your eyes away from the mess on the right side of the photo – take a look at Rob. Compared to how he looks today, you’d never believe it was the same guy! 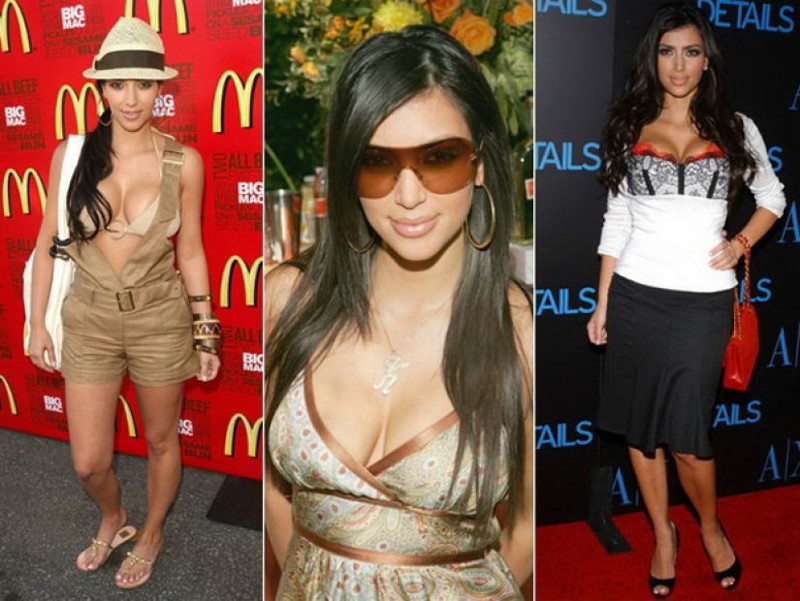 0
Here’s a collection of some of Kim Kardashian’s best outfits (well, this is back before Kanye West was her personal stylist). That’s a little embarrassing since her Hollywood “job” was being a stylist. When you see these photos, you can’t help but wonder what she was thinking when she put them on and went out in public. Thankfully, Kanye, as well as her massive fortune have helped revamp her style so interestingly enough she became one of the major fashion icons today. 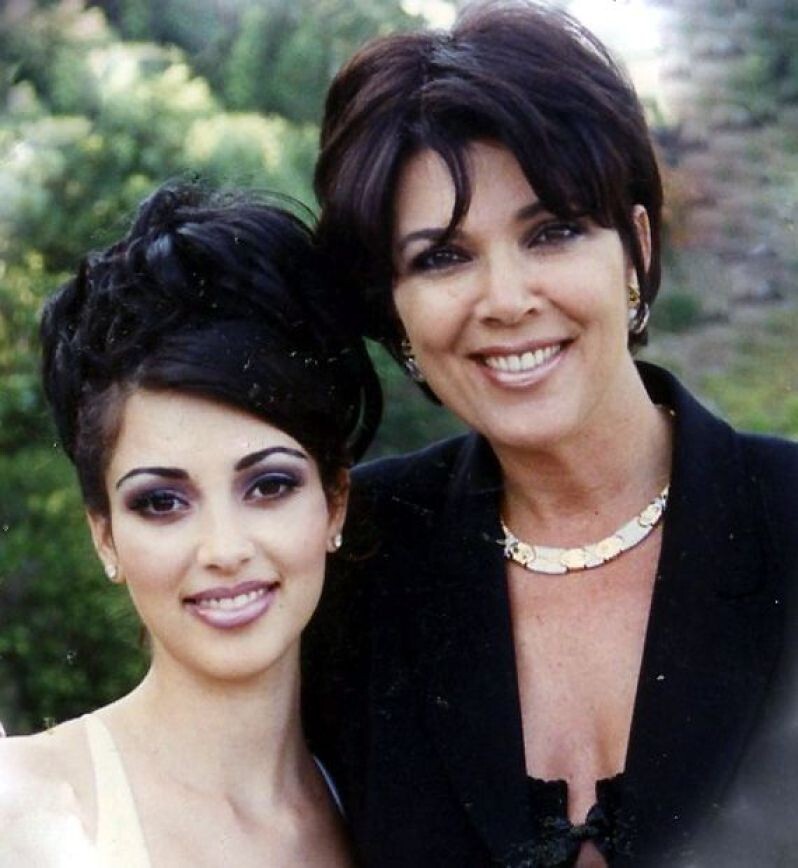 0
Honestly, we’re not even sure of what to write as a caption for this one, other than once again, mentioning Kris Jenner has hardly changed. This seems to be a photo that was taken at Kim Kardashian’s prom, and although we’re not sure exactly what date it was, we’re fairly certain it was before momager Kris, helped the Kardashian family rise to fame with Kim’s infamous sex tape. Can we just take a moment here and examine Kim’s eyebrows and heavy eye make-up? We wonder what her current make-up team would have to say about it.

1. Back When No One Was Keeping Up With The Kardashians 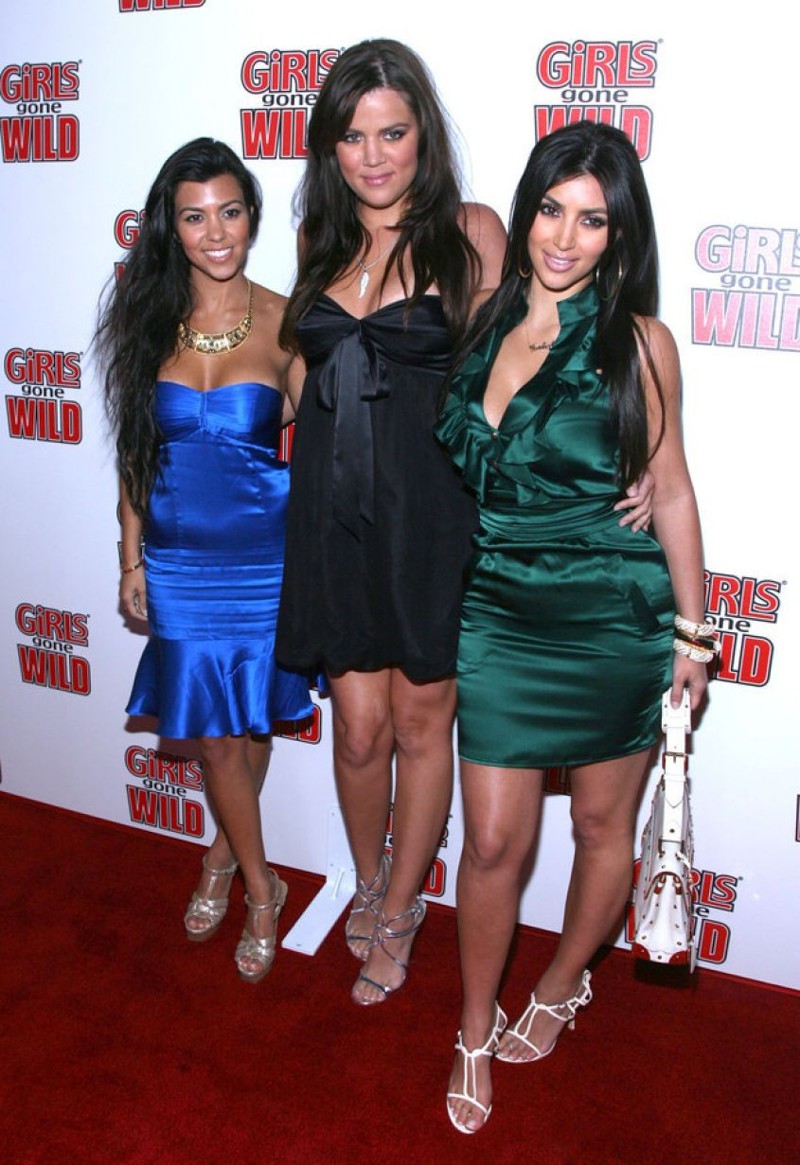 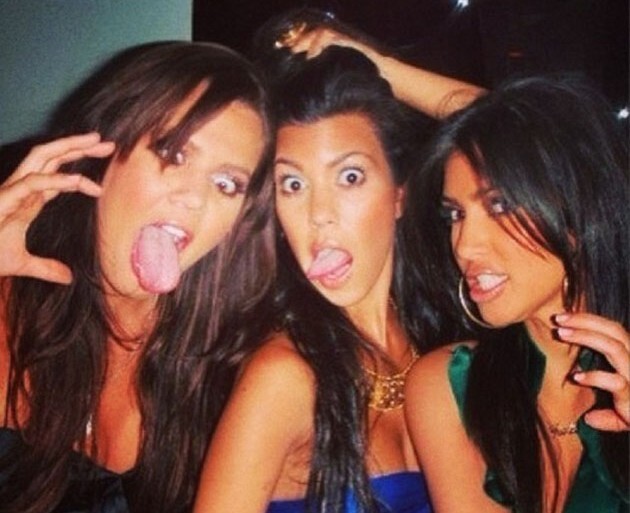 0
Which is worse – the satin dresses, the hair or the choice of strappy sandals? This glamorous photo was taken back in 2000, when the Kardashians’ main claim to fame was that Kim was a stylist…but who would hire her after looking at how she dressed herself? Also, Kourtney’s hair. Did it get caught in the vacuum right before she stepped on the red carpet or what?

Also, please note the poorly done makeup (now they’re obviously contouring experts, or well, their makeup team is) and HOW THEIR FACES ARE DIFFERENTLY SHAPED THAN THEY ARE TODAY.