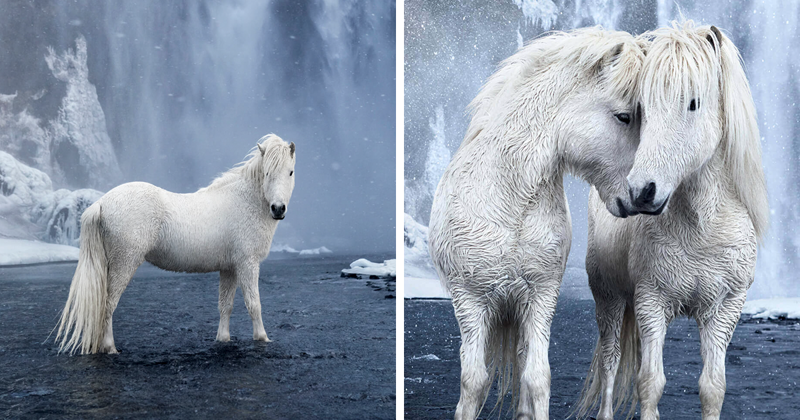 30 jul 2018 13:45
Tags: animal   beauty   horse   iceland   magic   photography   travel
450
25
1
There is a mystical quality about snow and ice, which is perhaps is what makes Iceland such a captivating location. New York City based photographer and filmmaker Drew Doggett, managed to capture a sliver of this magic in his new photo series ‘In the Realm of Legends,’ documenting the wild horses that rove the island.

Described as having eight-legs, it was ridden by the god the mythical god Odin

Doggett usually shoots his photos in black and white

But said these photos ‘demanded color’

We think he nailed it

Behind The Scenes: In The Realm of Legends Our 13 Pics Of Humpback Whales Playing With Us, Humans