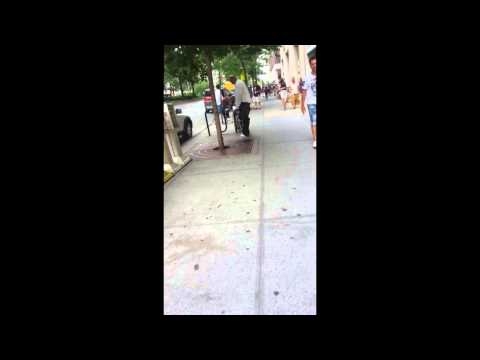 In this video, a man armed with nothing but a camera catches a would-be bike thief in New York City. The crook gives up pretty quickly, but wastes no time in trying again a few blocks later, only to have the man with the camera tail him and flag down the police.
Moral of the story: the man with the camera oughta consider getting a cape because he just might be a superhero.