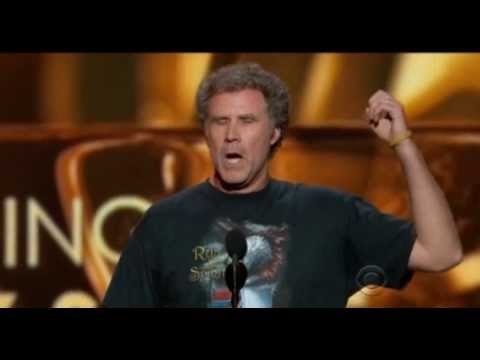 25 sep 2013 14:01
Tags: awesome   comedy   funny   interesting   lol   news   pictures   trending
1315
1
A high point in a generally dull evening, Will Ferrell brought his kids onstage to present awards at the 2013 Emmys.
Saying he was just filling in and couldn’t find childcare, Ferrell’s three kids stood onstage next to him while he announced the year’s best comedy series (It was ‘Modern Family.’ Again.) and best drama series. Clearly every award at every awards show should be given out this way.