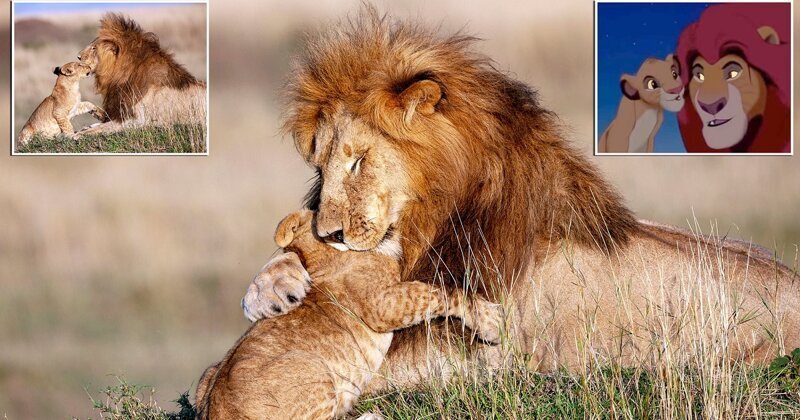 21 jun 2019 13:38
Tags: Mufasa   Simba   cub   father   hug   lion-king   real-life   scene
0
8
The adorable lion cub brought out his father's softer side, as the pair embraced in a touching hug for a real life Lion King moment. Sabine Bernert, 53, from Paris, was documenting wildlife in Kenya, when she captured the heartwarming sequence. The photographer's images show a father gazing around his territory in the plains before his cubs sneak into the long grass, pretending to attack him. 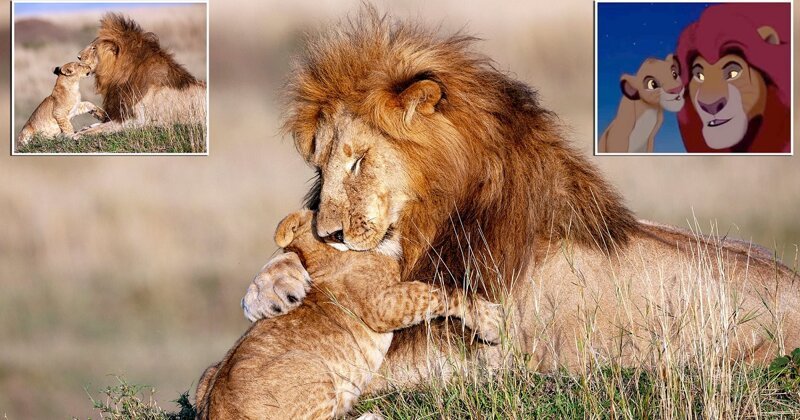 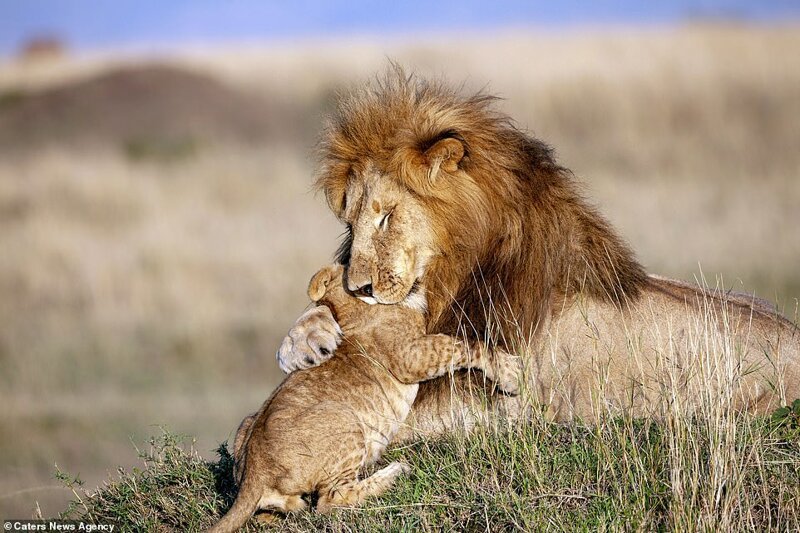 Photographer Sabine Bernert, who snapped the pair for a children's book, said: 'The lion pretended he hadn't seen the cubs until the last second. Then they started to play joyfully' 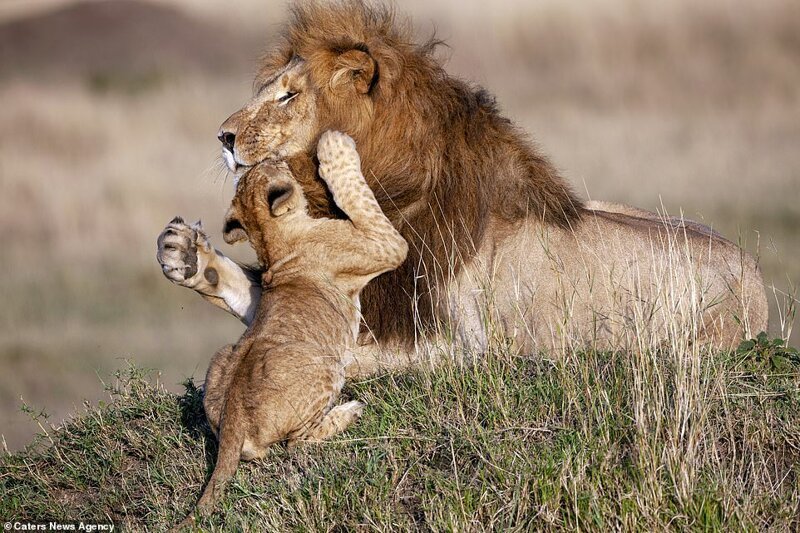 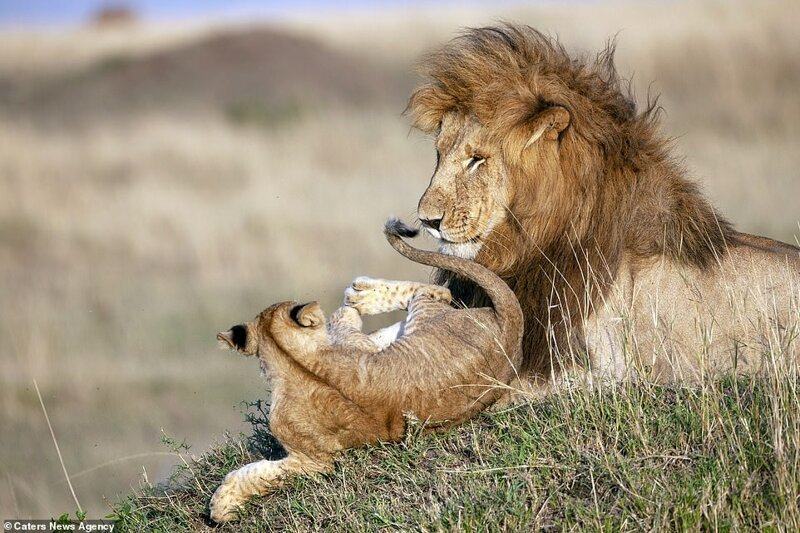 Sabine Bernert added: 'I especially love the moment when the male lion is hugging the cub softly. The contrast between his brute strength and his gentleness, the huge size of his paw very softly holding the little cub' RELATED ARTICLES 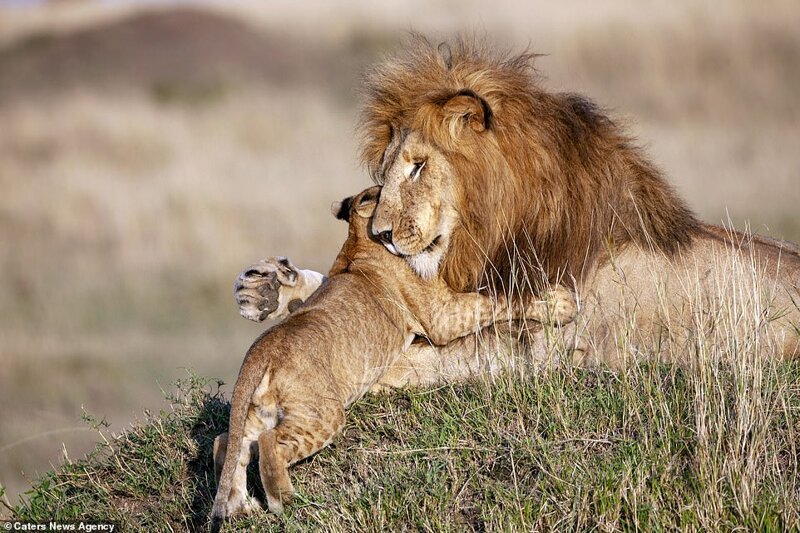 The photographer said: 'I was amazed by the way this huge lion was playing so gently with the cubs.. They really looked like they were enjoying themselves and have fun. With the delicate light of the sunrise, it was a pure moment of grace' 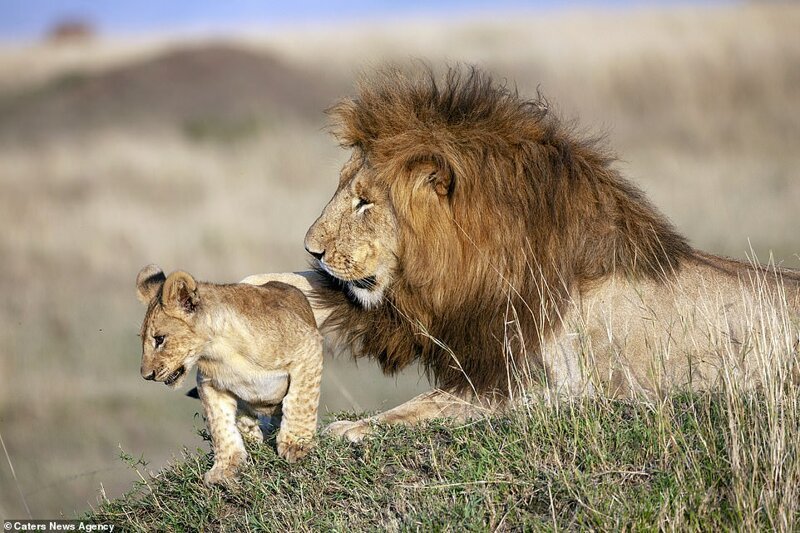 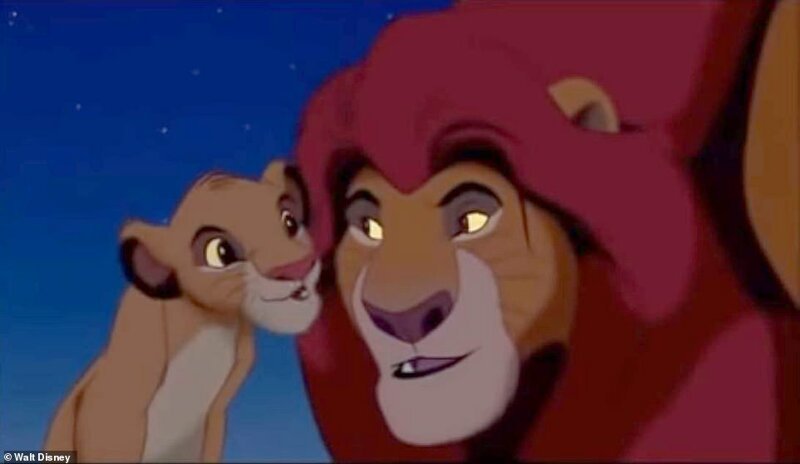 Woman Abandons Family After Husband Gets Paralyzed, And This Girl Starts Taking Care Of Her Father Artist Reimagines 5 Disney Fathers As Real Dads, And They’re Hella Handsome
We need to be sure you are not a bot. Type the characters you see in the picture below.
Обновить