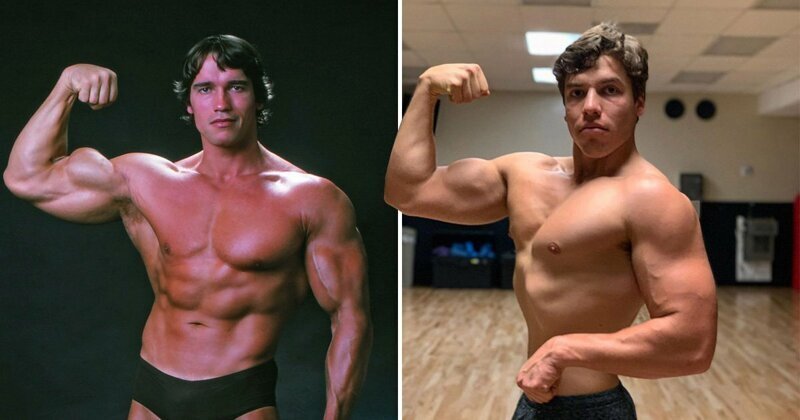 25 nov 2019 15:13
Tags: arnold-schwarzeneggers   biceps   image   impressive   joseph-baena   photo   son
0
4
Seems the apple doesn’t fall far from the tree when it comes to Arnold Schwarzenegger and his son Joseph Baena. The 22-year-old lad showed off his pretty impressive gains in the gym this week as he looked the spitting image of his Terminator actor dad back from his Mr Olympia bodybuilding days. 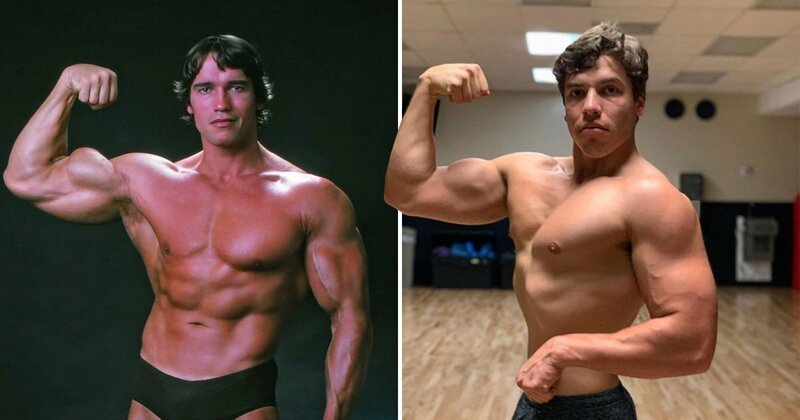 Joseph showed off his hard work 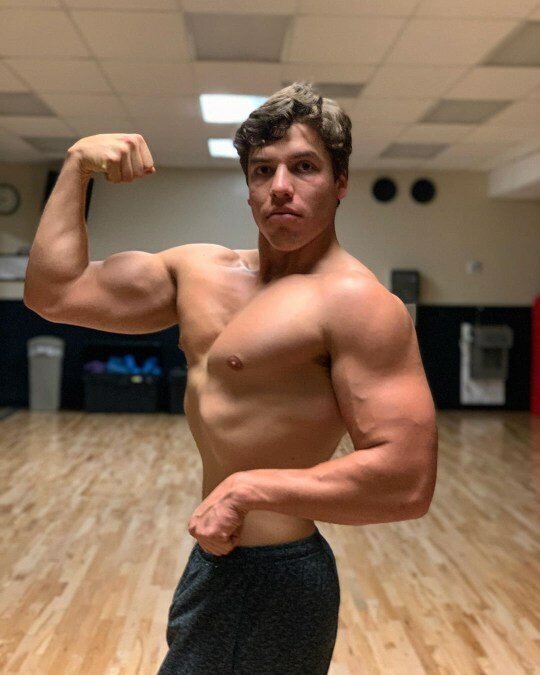 The recent-university graduate showed us what he was packing underneath a winter sweater as he flexed for the camera and looked quite serious at the same time. Ditching a top and wearing only gym bottoms, the lad noted he was ‘challenged’ to share the insight into his workout as he evidently pumped a lot of iron just like his dad. Before making a name for himself in Hollywood and politics, Arnold was a big deal on the bodybuilding circuit in the 60s and 70s, winning the prestigious Mr Olympia title seven times.

Arnold was a world champion in the 70s 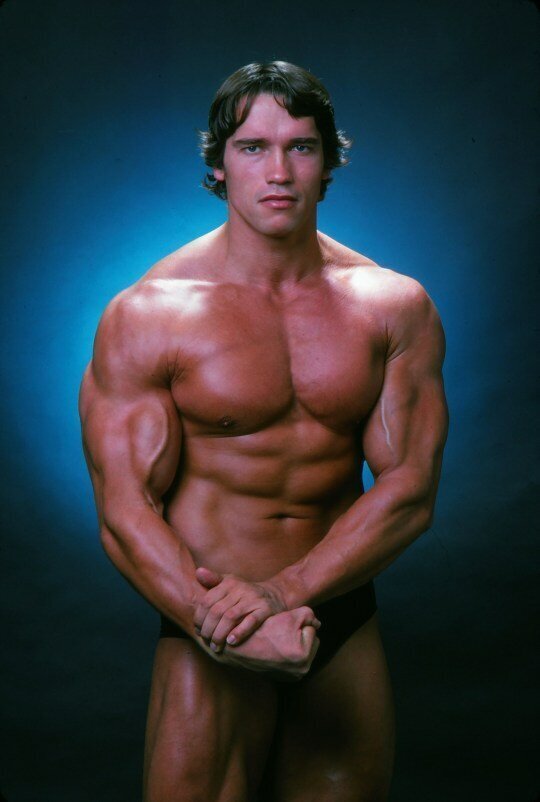 In July the pair showed us just how they achieved those gains as they shared a workout in the gym to celebrate Arnie’s 72nd birthday. Taking to social media, Joseph– who is son to Arnold and the family’s former housekeeper Mildred Baena – shared an insight into the father/son workout session at Gold’s Gym. Ever the proud papa, Arnie pointed at Joseph in the photo, as his son worked a machine in the gym his dad used to work out in as he was rising up the bodybuilding ranks back in the day. Joseph wrote alongside the pic: ‘BIG happy birthday to the best training partner in the world! Love you dad.’
It’s not the first time Joseph and Arnold had teamed up together in the gym, with an insider from their preferred Gold’s sweat den telling HollywoodLife.com: ‘Arnold loves that Joe is excited about weight-lifting, fitness and bodybuilding. It warms Arnold’s heart that his son is taking after him and enjoys weight lifting at the same Gold’s Gym that Arnold spent years doing work. ‘The two workout together all the time and Joe feels lucky that he gets to train and learn from his father, the greatest bodybuilder of all time.’ Son's health scare sparks a new passion in his father The Winners Of The Greatest Photoshop Battles Ever Photographer Dad Makes His Son With Down Syndrome Fly Absolutely Amazing Tattoo Tights For Impressive Outfit
We need to be sure you are not a bot. Type the characters you see in the picture below.
Обновить